The blog-article ’State-of-the-union‘ of @dalton (founder, CEO of ADN) really moved me as I love the ADN-platform and perceive it as one of the positive example of a social networking platform caring about users and developers at the same time. I admired their clear view on some of the tenets and priorities with respect to innovation, how to make sure they keep attracting developers as an example.
Besides the technical aspect of the platform and the advanced features: little things like proper direct-messaging, 256 characters, file-storage…
And not to forget: I simply like the community which I perceive being truly different to e.g. Twitter. Less of those haters, careless people, more developers.
In other words – I care…
@christina put together a nice article bringing up many thoughts I also had moving around in my head: Requiem for a Social Platform: App.net’s Unrealized Potential. And I liked the discussion she kicked off – being continued in some Patter-room.

I hope I am not proven wrong. But I still see hope for this platform.

In my view there are a bunch of priorities:
1) Secure the platform and make sure current users don’t run away
I am sure @dalton didn’t intend to convey a depressing message but apparently it seems like most of the readers do hard seeing the positive side (servers still running). Probably @dalten does not owe us anything. However there is a loyal user-base and I think they like to be informed so they can take their decisions: to stay – or not. I hope @dalton has some clear data-points proving that the current status can be maintained. And to share his idea of how to evolve from here. With practically no engineers. A social-platform need to be reliable and sustainable.
2) @dalton and @berg to keep managing the development
A key aspect in my view is the need for strong leadership. I doubt that this platform would have achieved all this if it would have been another open-source project. And this is part of my fear: it can be an opportunity. But what if not and they fail? And who makes sure there is a consistent user-experience – like in the past? Who makes sure to have a clear focus? Who is bold enough?
3) Change and growth
Probably one key-issue was lack of growth and penetration: If all my friends are on other platforms it is hard to support two ‘identities’. And cross-posting won’t do it. But if all others perceive it as a pure Twitter-clone? I think there are two options:
Be patient: Twitter keeps messing up their user-experience more and more. Some day there will be a critical mass who is sick of it. After all there were many other platforms which seemed dominating an ecosystem not having any room for competitive platforms. But hey, I thought that of Alta-Vista and Yahoo or what’s that name of this social-media platform in the early 2000?
The unique use-case still has not been found differentiating the platform. It may not be complex – we just need to keep exploring. Twitter probably also had a different view on what users should be doing with the platform. I am sure users would figure it out if we keep offering them cool features. I personally (being very German) would favor encryption for private messaging: look at the spike Threema had when Facebook acquired Whatsapp. And users payed for this app when other apps were for free.
Probably I am not the genius to find out. What I do observe: Most of the platforms we know needed more than 2 years generating a positive Return-Of-Invest and profit. I personally never would have thought @dalton and @berg expecting it to go that fast. I understand that they are not interested in getting bought and corrupted by some business-angel or putting their own money in. But why not opening up for funding? Or why not letting the users be their shareholders?
I’d be one of the first to fund this initiative via backer.app.net.
Please discuss and give feedback in this Patter-Room
Ein Update zu meinem Stadtrad, dem VSF Fahrradmanufaktur T900:
Ich habe das Radl nun genau ein Jahr und bin damit knapp 7000km gefahren. Ich bin immer noch super zufrieden, doch ein paar Dinge musste ich warten, hier der Plan und die Liste der Teile, falls ihr ähnliches plant. Bzw. meldet euch gern im Blog oder per Mail, falls ihr Feedback habt!
km 3000:
km 6000:
Was nun noch aussteht: 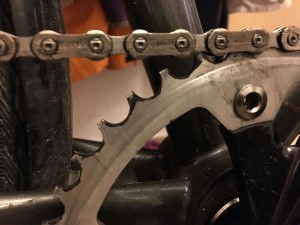 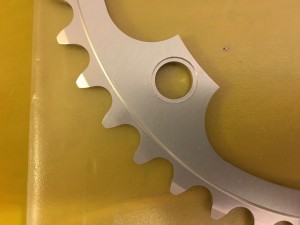